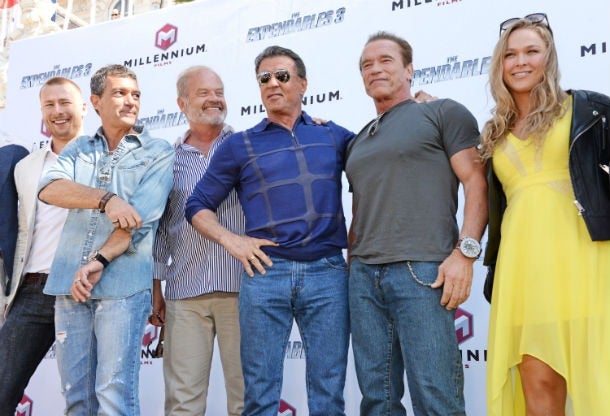 The Expendables 3 has been leaked online -  three weeks ahead of its U.S. release. The online copy of the film has been downloaded through piracy sites such kickass torrent more than 300,000+ times over a 48-hour and still counting. Hell, couple of the guys at BTNHD were able to get a copy and check it out, but it seems that we might want to go and see it in the theater.

It seem Lionsgate, which is distributing the movie August 15th 2014 doesn't know where the original source of the pirated copy came from, but many users have commented on these piracy websites indicating that the torrent is genuine.

Fox estimated that at least 15 million people downloaded the movie, and represented tens of millions of dollars in lost revenue.

Were you one of the 15 millions to download and see it? Be honest and leave your comments below.